My second week in Cincinnati was just as eventful as the first. People in my office keep telling me I started at a great time. Last week at work we had a team lunch at a brand new restaurant called Maplewood Kitchen and Bar and a wedding shower for a coworker. We had an office outing at the Midwest Culinary Institute at Cincinnati State where we cooked with professional chefs, and we ended the week with an ice cream social for our entire building.

Alongside the fun, I’m still keeping busy with the actual responsibilities of my job. A lot of time is being spent preparing for the upcoming NAACP National Convention, which is expected to draw tons of national media coverage due to the election year. Donald Trump and Hillary Clinton are expected to speak, so needless to say it’s one of our biggest events of the summer. I’ve also been programming newsletters to send out to CVB members, and reaching out to trade publications to promote Cincinnati for their upcoming issues.

But you’re here for the entertaining stuff, right? Enough about me…you want to know about Cincinnati! Well lucky for you (and for me!), I’ve continued discovering all that Cincy has to offer. Here are the highlights from last week. 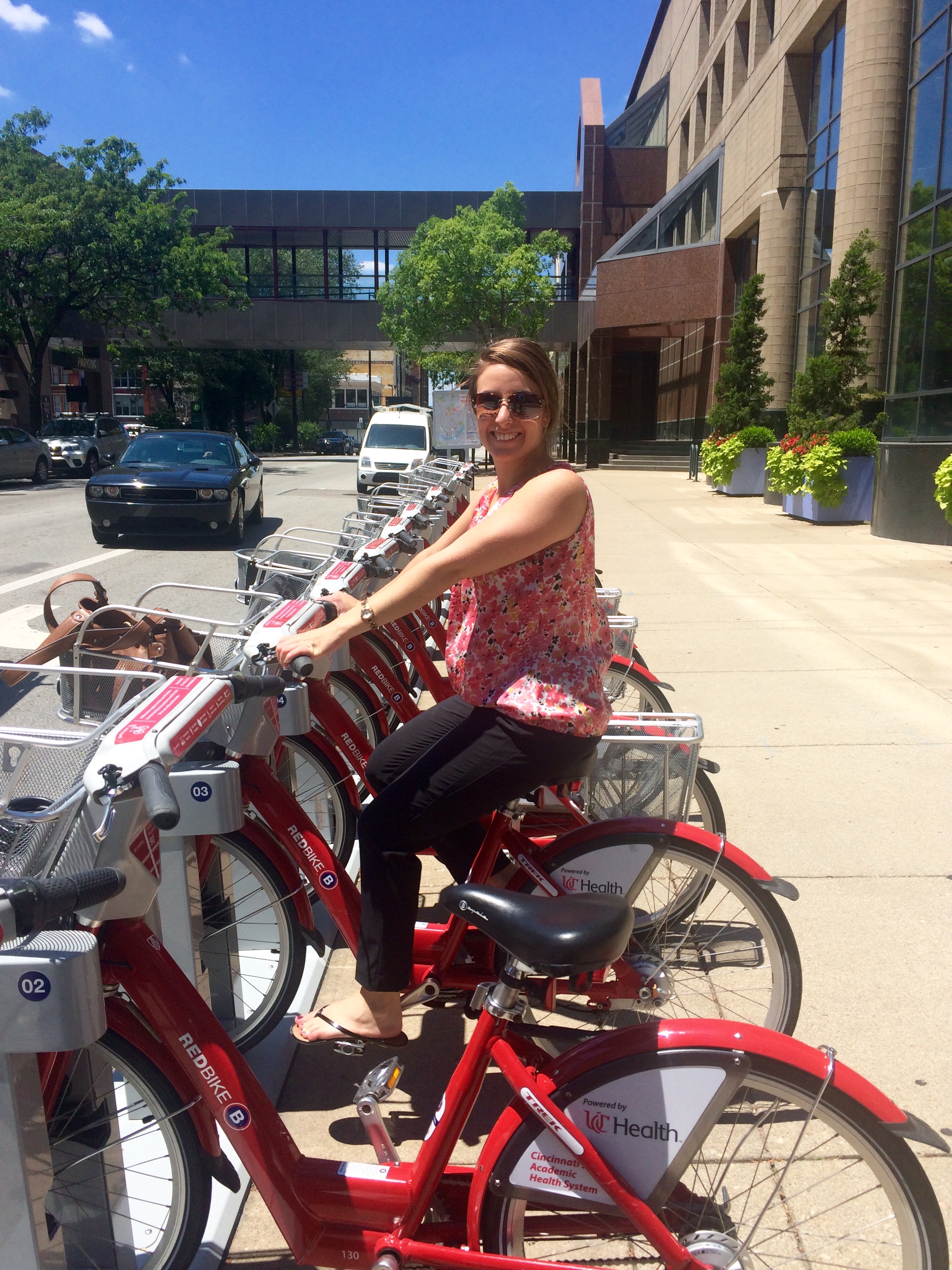 One feature of downtown Cincinnati is that it’s very easy to go car-less. The downtown area is filled with offices, restaurants, bars, entertainment venues – everything you’d expect in an urban downtown – but it’s also very compact. It’s almost more of a hassle to move and re-park your car than it is to walk…or bike…to your next destination.

Last Thursday, my boss and I took a little trip over lunch to see the city on a Red Bike. Red Bike is citywide bike sharing system, with little stations, or bike ports, all over Cincinnati and even Northern Kentucky. Simply charge your card or get a Red Bike membership, and you can use a bike to maneuver your way around the city.

A trip to Findlay Market

Debbie (my boss) and I rode about 10-15 minutes to Findlay Market in Over-the-Rhine. Findlay Market is the state’s oldest continually operated public market, dating back to the 1850s. Located in an area that was ranked the most dangerous neighborhood in America only seven years ago, Findlay Market is somewhat of a diamond in the rough and one of Cincinnati’s most cherished attractions.

Quick Note: Over-the-Rhine has experienced a tremendous renaissance in recent years, and is now not only a safer place, but a hip, trendy spot filled with unique bars, restaurants and shops. The revival of the neighborhood is exciting for many, but the gentrification can be troublesome for some life-long OTR residents. More to come on OTR in a different post.

Findlay Market is filled with merchants selling their goods, from meats and cheeses to olive oil and even waffles. Outside, along the streets lining the market, are various shops selling chocolate, tea, herbs and more. Although we only spent our lunch break at the market, visitors could easily spend an entire morning or afternoon checking out the local vendors and enjoying the vibrant, treasured area.

Back to Red Bike. The ease of travel and the endorphins from some mid-day physical activity make Red Bike that much more enjoyable. Riding a bike, even through a crowded downtown, brings back that child-like excitement, making it almost impossible not to have a smile on your face. Whether it’s a quick jaunt over a lunch break or an afternoon of sightseeing, Red Bike is the perfect way to experience Cincinnati. 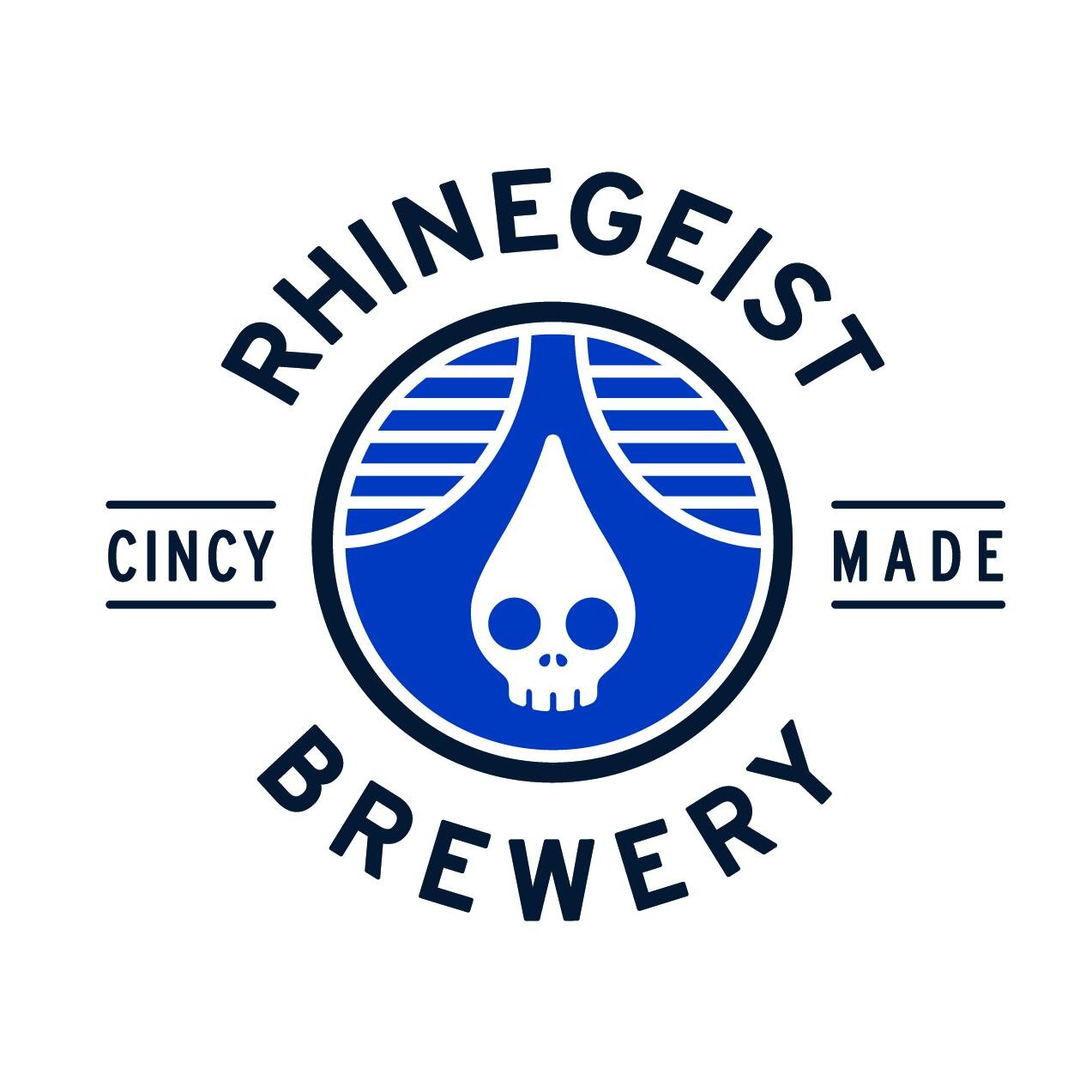 Although we have yet to delve into Over-the-Rhine (a whole post will be dedicated to OTR soon, I promise), Rhinegeist is yet another staple in the OTR area. The Rhinegeist building dates back to 1895 when OTR was filled with German immigrants and 38 breweries. The building was home to the Christian Moerlein Brewing Company’s bottling plant, but Prohibition left the giant building vacant for decades.

Years later, Bob Bonder and Bryant Goulding came up with a crazy idea that turned into a local favorite – the Rhinegeist Brewery! What makes it even better – Rhinegeist means “Ghost of the Rhine” in German. What a perfect way to encapsulate the history of the building, the culture and the neighborhood!

Rhinegeist has a great layout for a night out or a quick happy hour after work. The rooftop is beautiful, with views of OTR and an outdoor bar – perfect for a well-deserved drink after a long day when the sun casts just the right light on the city below. Then, the inside of the brewery is just plain fun. While large vats of beer are brewing on one end of the giant room, wooden picnic tables, ping-pong tables, and even an area to play bags are at the other.

According to the Rhinegeist website, this IPA is “brewed with a nod to the Pacific, hops sizzle with tropical fruit aroma, grapefruit and mango notes and a dry finish.” Pretty much it’s refreshing, delicious, and quite honestly, strong! A little goes a long way with this one.

It’s always nice to have a connection when you’re moving somewhere new, and a family connection is even better. My cousin Ryan lives in the Cincinnati area, and just knowing that he’s here makes me that much more comfortable in a new city. I’m very lucky to have such a tight-knit family, but it’s rare that cousins are able to spend some one-on-one time together. Last weekend, Ryan and I went out in Northern Kentucky and had a great time. Newport, Ky., and Covington, Ky., are very different, but both have their own unique features that make them worth visiting.

Newport on the Levee is a very commercialized area with restaurants, bars, stores and entertainment options all packed within a small shopping mall-like area. With recognizable chains like Bar Louie, Dick’s Last Resort and Coldstone Creamery, Newport offers a clean, almost suburban feel filled with your longtime favorites. There’s something for everyone, from the Newport Aquarium to Axis Bowling Alley and Bar.

My favorite part of Newport: the view. Newport sits right on the banks of the Ohio River, directly across from downtown Cincinnati. An observation area, complete with old telescopes, provides the most beautiful view of the Cincy skyline. The photo above is one that I took that night looking at Cincinnati from across the river in Newport. 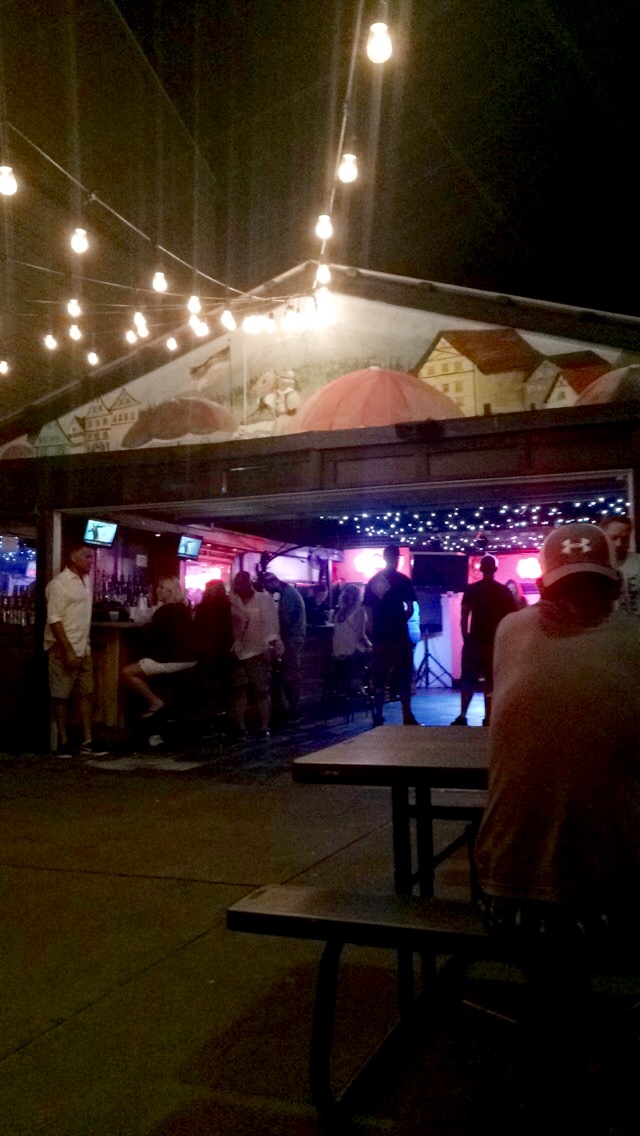 Unlike Newport, Covington is very unique and is filled with restaurants and bars you won’t find anywhere else. Ryan and I went to MainStrasse, a historic German neighborhood in Covington that’s known for its shops, galleries, restaurants, beer and bourbon. We stopped at Strasse Haus, a little tucked away bar with a string-lit outdoor patio that hosts live music every night.

The MainStrasse neighborhood is home to several festivals, including Goettafest and Maifest, and little tidbits and stories about landmarks like the Caroll Chimes Belltower or Goose Girl Fountain. Though I still have plenty of exploring to do in the MainStrasse area, my first visit was enough to keep me coming back.

I have a few important blog posts coming up soon: Over-the-Rhine, hosting a major convention in Cincinnati (NAACP), and – I know you’ve been waiting for it – Skyline Chili. Big things to come, so stay tuned!

It’s Been A Year