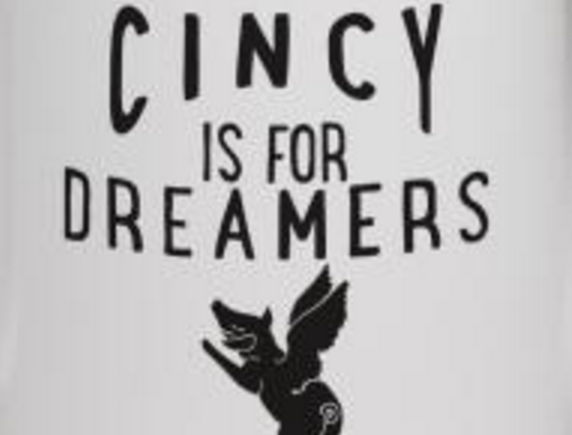 Last week while working on a pitch to a travel journalist, Debbie and I spent time talking about the locally famous phrase “Cincy is for dreamers.” It’s one that you can find printed on tote bags and coasters in gift shops or on T-shirts of people walking down the street.

A better-known phrase, however, is the expression “when pigs fly.” This popular colloquialism originally derived from Cincinnati’s history in the pork industry, but it takes on a much more inspirational meaning when applied to what this city has to offer.

I’ve noticed this more than ever over the last few weeks. People here are making things happen in countless ways. It honestly is inspiring. It’s enough to make you not want to stay still, but to pursue a passion, to do and be more.

When I was little I had a neighbor who spent a lot of time in his garage. There would be loud noises and dust coming through the door and floating into the air. But then, after hours and hours spent in that garage, he would come out with some truly beautiful creations. He made chairs for the front porch, he carved tiny wooden motorcycles or rocking horses, and he turned slabs of wood into practical and intricate designs.

That’s what Braxton Brewery is about. They tout the phrase “The garage is the mother of invention. And around here, we respect our mothers.”

Braxton’s head brewer, Evan Rouse, was only 16 when he started brewing beer in his garage. He wasn’t even old enough to taste it, but he went on to win dozens of medals and learned to craft delicious beer. 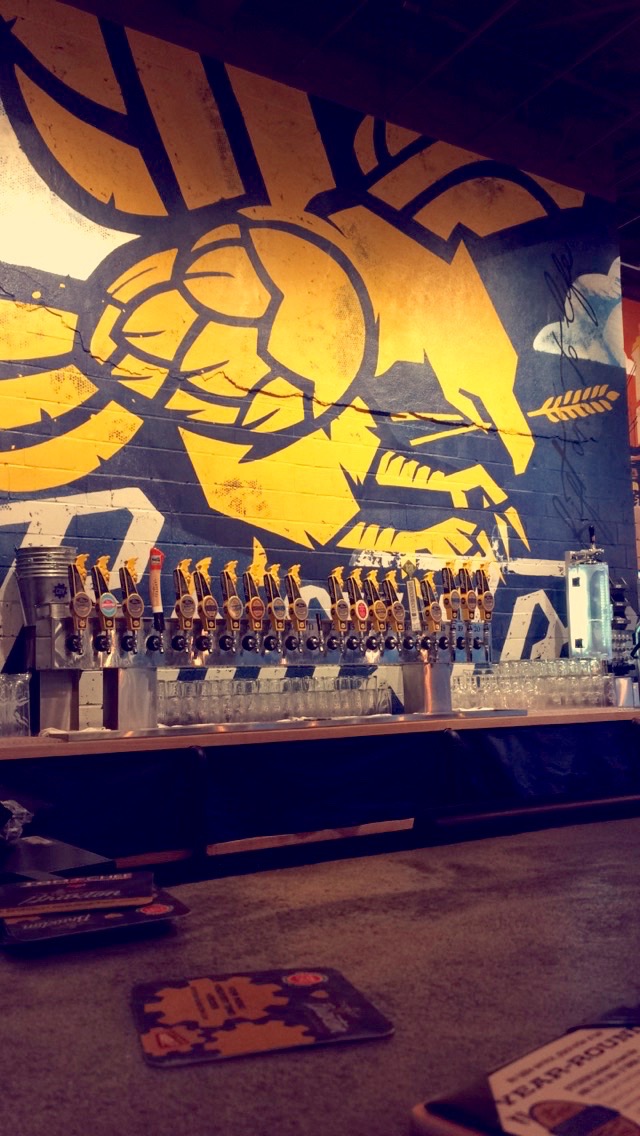 Now, with a full team of brewers and businessmen who run the daily operations, Braxton Brewery has turned into a hotspot for a unique brew, for a midday meeting or for a peek into the process of turning grain into beer. The taproom, called the “Taproom of the Future,” is meant to mimic a Midwestern garage where people can create something with their own hands, whether it’s carving wood, brewing beer, or working for a startup company. The taproom opens at 8 a.m. throughout the week, providing a spot for entrepreneurs to use the free WiFi, projector screens, white boards and open space to make their dreams a reality.

“We view the garage as the icon of American Innovation, and to honor that notion we’ve built a space that’s open to the community.”

Plus, the beer is excellent too. I couldn’t even tell you my favorite, because I liked everything in the sampler flight. And with each drink, Braxton encourages “Lift one to life.”

To really get inspired, click here to read Braxton Brewery’s “Where Dreams are Made.” 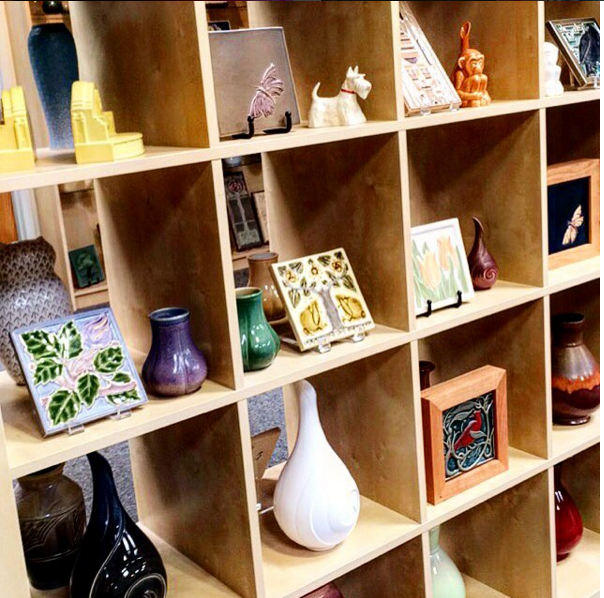 Someday in my life when I’m established and settled in a home that seems somewhat permanent, I’ll have Rookwood Pottery in my house. It’ll look fancy and will get compliments, and I’ll smile to myself because I know how that gorgeous piece of pottery came to be.

In 1876, a woman named Maria Longworth – a Cincinnati native from a wealthy family – attended the Centennial Exhibition in Philadelphia. After seeing ceramic art from more than 400 countries, Maria was inspired to make a name for American art, which had long been seen as incomparable or unrefined compared to other countries’ work. With this motivation and drive, along with her financial means and boundless creativity, Maria opened Rookwood Pottery, the first female manufacturing company in the United States.

It didn’t take long before Rookwood Pottery was winning awards and making a name for itself, both nationally and internationally. Now, Rookwood Pottery is a world-renowned name, known for its craftsmanship and intricate designs. It’s work is featured in architectural wonders like the Monroe Building in Chicago or even as the prized Rookwood Cup trophy at Cincinnati’s annual Western & Southern Open, a tennis tournament that draws talents like Andy Murray or Angelique Kerber.

I was lucky enough to tour the Rookwood Pottery factory, and was astounded by all that goes into creating such complex, detail-oriented pieces. The glaze, the dye, the heat, the pressure, the process – it’s incredible. The expensive price and renowned reputation make complete sense now. And it’s all because of one ambitious, artistic Cincinnati woman with a vision.

There are so many stories of dreamers in Cincinnati who have made things happen. I could go on and on.

There’s the girl I’ve become friends with who graduated from grad school after studying to be an architect and decided to buy and remodel a condo, all based on her personal sense of style and functionality. She was only 25. Click here to see the amazing turnaround.

Or the rows and rows of tents at last week’s City Flea in Washington Park. Instead of vendors selling produce and baked goods like at a farmer’s market, the City Flea features entrepreneurs who sell handmade jewelry, soaps, furniture, décor, clothes, etc. It’s the sort of products you’d find on Etsy or in a thrift shop. It’s people who are passionate and talented, and even though they most likely have a different day job and have busy lives just like the rest of us, they find time to do what they love and share it with others.

And then there are the hundreds of young professionals who attended the Bold Fusion Young Professionals Summit last week where we learned about intrapreneurship – the act of behaving like an entrepreneur while working in a traditional organization. People like Valerie Jacobs and Chitra Anand taught us to embrace, control and occasionally cause disruption, to boldly challenge the status quo, and to tap into our passions.

Cincinnati really is for dreamers. I have no doubt about that. There’s this tangible energy that pulses through the city, letting you know that big things are happening here. It’s a place that’s just large enough to do something impressive, but just small enough to make a real difference.

This video, “Make Cincy Yours,” perfectly encapsulates the point I’m trying to get across here. Check it out, and you’ll get just a glimpse of how inspiring Cincinnati can be.

“Welcome to my city. Bright and strong. Wide-eyed with potential.”

“Make this place yours.”

“Where our hearts are as big as our visions.”

“With passion, commitment and folks who ask why, sit back, listen and welcome to a place where pigs fly.”

Women stepping up in fantasy football

Leave a Reply to Jim and Janet Robinson Cancel reply